Commerce City, a city north of Denver, surrounds the unique Rocky Mountain Arsenal National Wildlife Refuge. It makes the locals known for their love of nature and taking advantage of the many benefits of living in an area with beautiful landscapes and exceptional views.

For a dozen or so years, Commerce City has been on the wave of an increasing economy, which, in addition to heavy industry, also means technology, specialist, and service companies. Efficiently operating companies build the image of a stable city offering a range of living amenities. In Commerce City, you will find peace and security.

The city is bordered by Interstate 70 (to the south) and Interstate 76 (to the north). You will also have direct access to Denver International Airport, which is less than 20 minutes from the city center.

The residents of Commerce City praise the education system for the youngest here. Adams County school districts 27J and 14 serve Commerce City. It is worth mentioning that proximity to Denver means that residents have access to higher education centers formed there as the Auraria Campus. These are the three major public schools: the University of Colorado Denver, Metropolitan State University of Denver, and Community College of Denver.

Within the city, you will find many parks available to residents: Veterans Memorial Park, Pioneer Park, Fairfax Park, and Olive Park. They offer the possibility of spending time outside and swimming pools, slides, and other attractions for children.

The nearby Rocky Mountain Arsenal National Wildlife Refuge is one of the largest urban nature preserves in the country where wildlife is thriving. For residents, the convenience is a wide selection of shops, restaurants, cafes, and bars. Thanks to this, Commerce City lives at its own pace, and residents are not dependent on anyone. Dick's Sporting Goods Park and the soccer stadium is also an undoubted attraction.

Map of the area 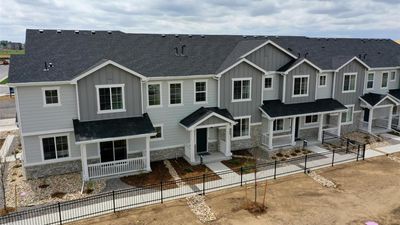 For ADA assistance, please email compliance@placester.com. If you experience difficulty in accessing any part of this website, email us, and we will work with you to provide the information you seek through an alternate communication method.
Helping You Find Your Way Home

Sign Up
Already a User? Sign In
You have been successfully registered
Please check your email.
Go to the homepage
Sorry something went wrong
Please try again.
Try again